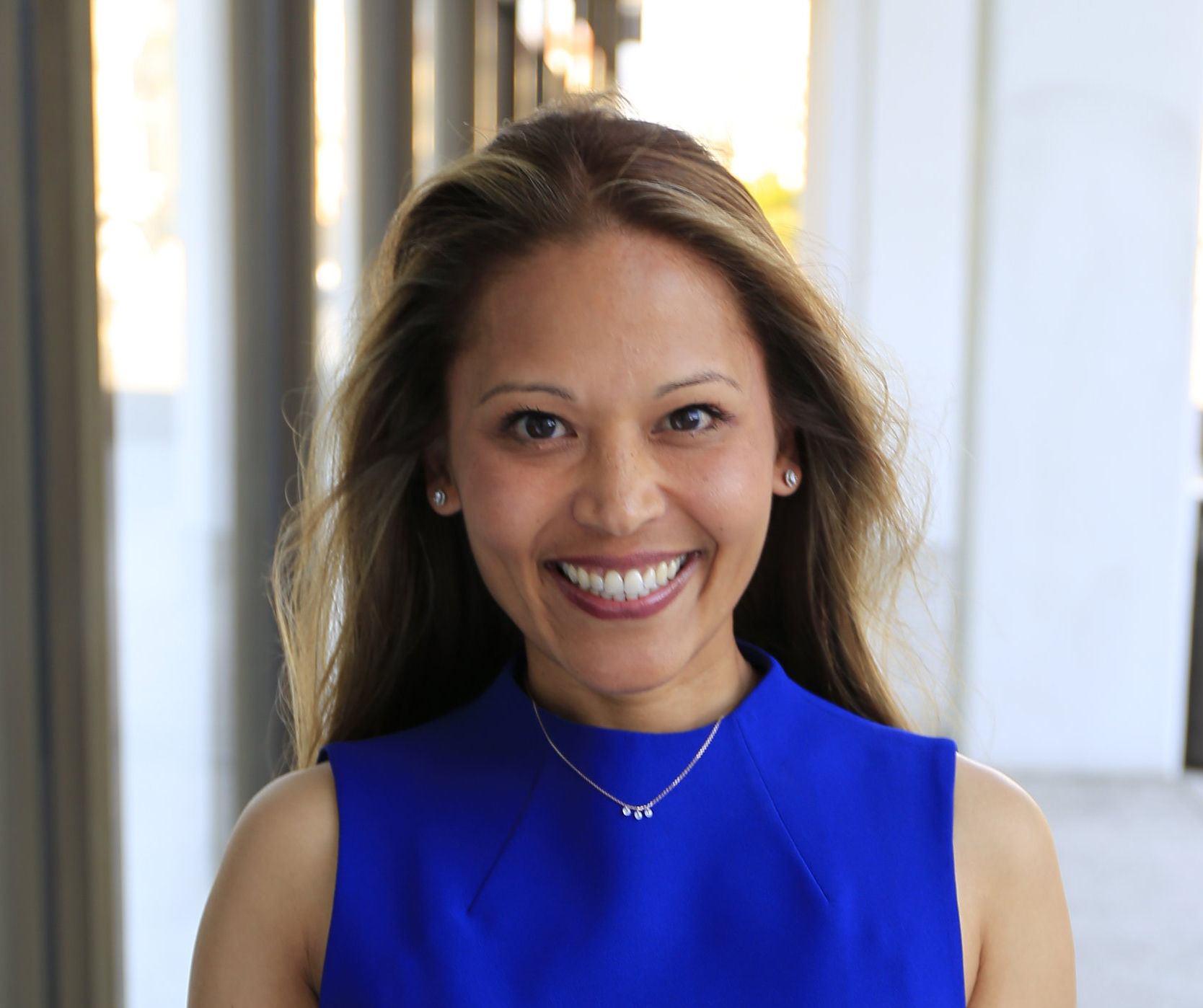 I received my B.A. in Economics from the University of California, Los Angeles. While serving as an academic counselor through the UCLA Early Academic Outreach Program, I developed an interest in working with young adults. This experience motivated me to continue to impact young adults by becoming a public high school teacher after graduating with my MAT at the University of California, Irvine. I developed the economics program at Beckman High School, where I taught AP Microeconomics for several years.
My experience as an educator allowed me to work with a diverse group of students. In doing so, I saw the challenges that the education system faces in educating all students equally. This motivated me to seek to better understand the problems in our education system and how to evaluate effective, evidence-based solutions. Prior to beginning my Ph.D., I received my Master’s in Public Policy from UCI. My capstone project revolved around the impact of University Bridge Programs on college success for low-income, first-generation students.

As a Ph.D. student, I spent my time working on a number of diverse research projects that focus on improving the college experience and learning outcomes for students, using both quasi-experimental and experimental designs. My dissertation, funded by a Spencer Dissertation Fellowship, was an evaluation of a two-year learning communities program for incoming Biological Sciences majors and its impact on both academic and non-academic outcomes.
Curriculum Vitae 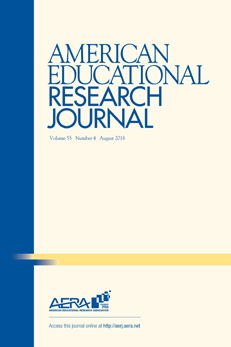 The Influence of Instructor Gender on Student Motivation in STEM Fields

Recruiting more female faculty has been suggested as a policy option for addressing gender disparities in science, technology, engineering, and mathematics (STEM) fields given its ability to engage female students through a role model effect. While a small but growing body of literature has examined the role of instructor gender at the higher education level, it typically focuses only on academic outcomes. This paper utilizes a unique data set that includes not only information about student course performance in STEM but also a number of motivation-related measures. We find that having a female instructor narrows the gender gap in terms of engagement and interest; further, both female and male students tend to respond to instructor gender. We conclude by discussing the policy implications of these findings.
Link to Journal 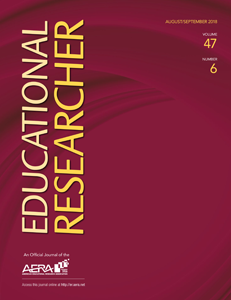 The Impact of Multidimensional Support for Underprepared Students

Extensive theoretical literature and qualitative evidence nominate learning communities as a promising strategy to improve persistence and success among at-risk populations, such as students who are academically underprepared for college-level coursework. Yet rigorous quantitative evidence on the impacts of these programs is limited. This paper estimates the causal effects of a first-year STEM learning communities program on both cognitive and noncognitive outcomes at a large public 4-year institution. We use a regression discontinuity design based on the fact that students are assigned to the program if their math SAT score is below a threshold. Our results indicate that program participation increased the academic performance and sense of belonging for students around the cutoff. These results provide compelling evidence that learning communities can support at-risk populations when implemented with a high level of fidelity.
Link to Journal

Broadly speaking, my research focuses on issues and topics that revolve around higher education policy. Specifically, my work centers on improving STEM education and teacher effectiveness in addition to providing a basis for implementing and evaluating educational interventions. As a Ph.D. student, I have worked on a number of diverse research projects that focus on improving the college experience and learning outcomes for students using both quasi-experimental and experimental designs. My work aims to inform higher education administrators and practitioners with research that can help students cross the finish line.

Transferring from a community college or initiating in a four-year college directly: Interpreting the effects in the presence of heterogeneity
A number of studies have examined the impact of initiating one’s higher education experience at a two-year college on academic outcomes. Relatively fewer studies, however, have analyzed the extent to which initiating at a two-year college may have heterogeneous effects on different groups of students, benefiting some students while penalizing others--or, at least, penalizing students to a different extent. Given the vast compositional heterogeneity of the undergraduate student population, there is little reason to believe that the treatment effects of initiating at a two-year college are the same for all students. Drawing on the Education Longitudinal Study of 2002 (ELS:2002), this study contributes to the transfer literature by examining the impact of initiating at a two-year college on baccalaureate aspirants’ academic and labor market outcomes, also assessing the potential heterogeneous treatment effects of initiating at a two-year college according to individual pre-college academic preparation. Consistent with previous literature, we find that two-year college entry sharply reduces baccalaureate aspirants’ likelihood of earning a degree, and such negative effects are particularly pronounced for male students who are in the highest quartile of pre-college math ability. In terms of labor market outcomes, female two-year college entrants are subject to significantly lower average earnings than their female four-year institution counterparts. Such negative impacts regarding earnings for females are primarily driven by reduced probability of full-time employment. We also examine four potential mechanisms that may contribute to lower baccalaureate completion rates for two-year college entrants, including the impact of two-year college attendance on early academic progress, challenges of the transfer process, loss of credits at the point of transfer, and post-transfer academic shock. Our results provide suggestive evidence in support of all four mechanisms.
The impact of a STEM learning community: Does it work and which students benefit the most?
Over the past few decades, there has been a nationwide push to improve performance and persistence outcomes for STEM undergraduates. As part of this effort, recent research has emphasized the need to focus not only on improving the delivery of course content, but also on addressing the social-psychological needs of students. One multifaceted intervention that has been proposed as a way to address both cognitive and social-psychological aspects of the learning process is learning communities. In this study, we examine the impact of a learning community for first-year biological sciences majors, the Enhanced Academic Success Experience (EASE) program. Incoming freshmen are assigned to the EASE program based on their SAT Math score, a metric demonstrated to be a key predictor of student success in the program. We find that enrollment in the EASE program is correlated with higher STEM course grades, an increase of 0.25 (on a 0-4 point scale) in cumulative first-year GPA, and gains in non-academic outcomes, such as measures of sense of belonging and academic integration. Further, these outcomes are more pronounced for particular subgroup populations. For example, whereas surveyed male students seemed to benefit academically from participating in a learning community, female students reported a greater sense of belonging in regard to the biological sciences major and reported higher values for behavioral indicators of academic integration. In light of these findings, we discuss the potential of discipline-specific learning communities programs to improve academic outcomes for students most at-risk of leaving STEM majors, such as students underprepared for college level coursework.
Tenure track for teaching-oriented faculty: Faculty characteristics, growth, and impacts on undergraduate learning outcomes
The higher education sector has been engaged in extensive discussions about whether students learn more from tenure-track faculty more active in research than lecturers who focus on teaching. The ongoing controversies about the limitations of both research faculty and contingent teaching faculty have led to discussions about whether colleges should consider providing tenure appointment to teaching faculty as a way to professionalize and stabilize the teaching workforce at colleges. This is the first study that causally estimate the effectiveness of teaching-oriented faculty with tenure-track appointment, a new model pioneered at the University of California (UC) system. Based on college administrative data collected from 6 cohorts of students at the University of California Irvine, we examine the impacts of taking a student’s initial course in a field of study with three distinct types of instructors --- traditional tenure-track research faculty, tenure-track teaching faculty, and contingent lecturers --- on students’ current course performance, subsequent enrollment in the same field, and performance in follow-on courses given enrollment.
Charting college success: A meta-analytic study of motivation interventions
Over the past decade, interventions grounded in theoretical frameworks concerning student motivation (i.e., “motivation interventions”) have been implemented at a rapid pace on college campuses in an effort to address low undergraduate persistence rates. The scope and diversity of these interventions suggests the value of a systematic synthesis. The current meta-analysis investigates the extent to which motivation interventions improve the academic performance of college students. We identified 39 intervention studies that used random assignment, manipulated an intrapersonal competency (as identified in a recent National Research Council report), and measured an academic performance outcome. Overall, we found that interventions were modestly effective, resulting in an average effect size of .18 (95% CI [.11 to .25]), but were particularly effective when targeting specific student groups, such as under-represented ethnic or racial minority groups (URM). These efforts inform implications for policymakers and practitioners in higher education, which are discussed in the conclusion.

Teaching assistant and lab instructor for the following courses:

Teacher for the following courses: